Doddie Weir is one of rugby’s most recognisable personalities. In June 2017 the Scot revealed he was suffering from Motor Neuron Disease (MND). Everyone wants to support his heroic quest to raise funds to help fight MND, and Doddie’5 Ride is a fundraising cycle event created to help do just that.

Create a brand identity to launch Doddie’5 Ride as a charity bike ride for both serious cyclists and as a fun family and fundraising event.

The visual identity comprises a cartoon of the heroic, larger than life character that is Doddie, leading the ride, wearing his trademark tartan suit. The logo is contained in an oversized flag, attached to the back of his bike. This supports a strong call to action to alert supporters of the core mission of the race. 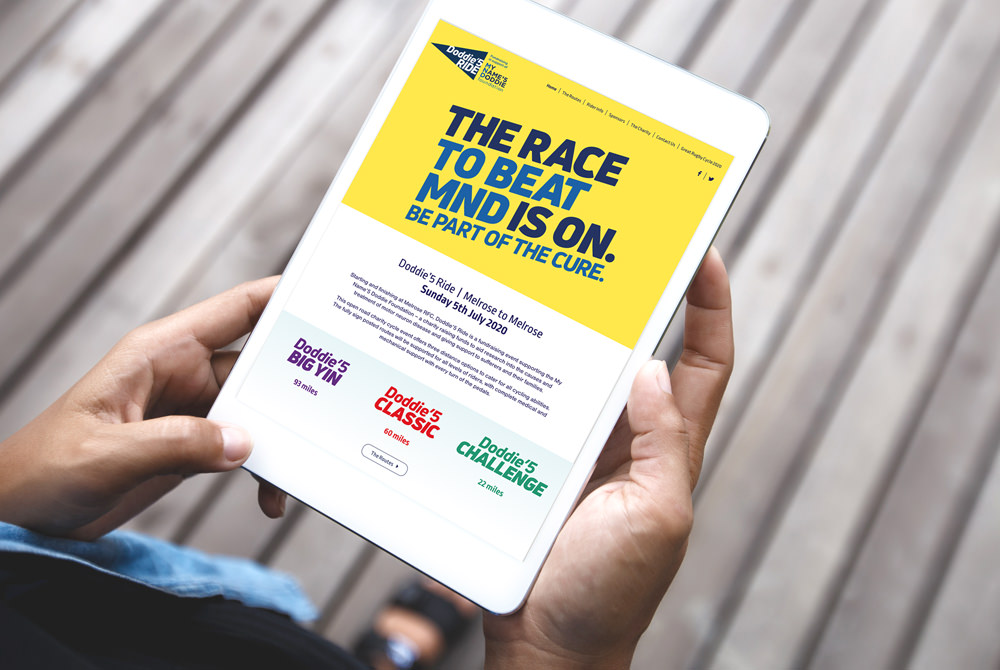 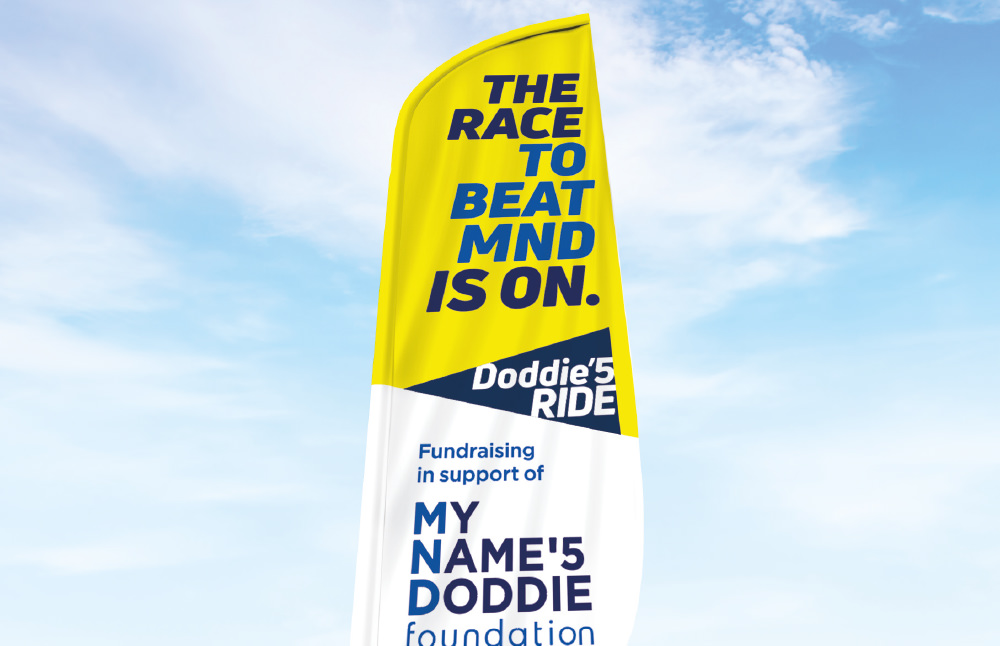 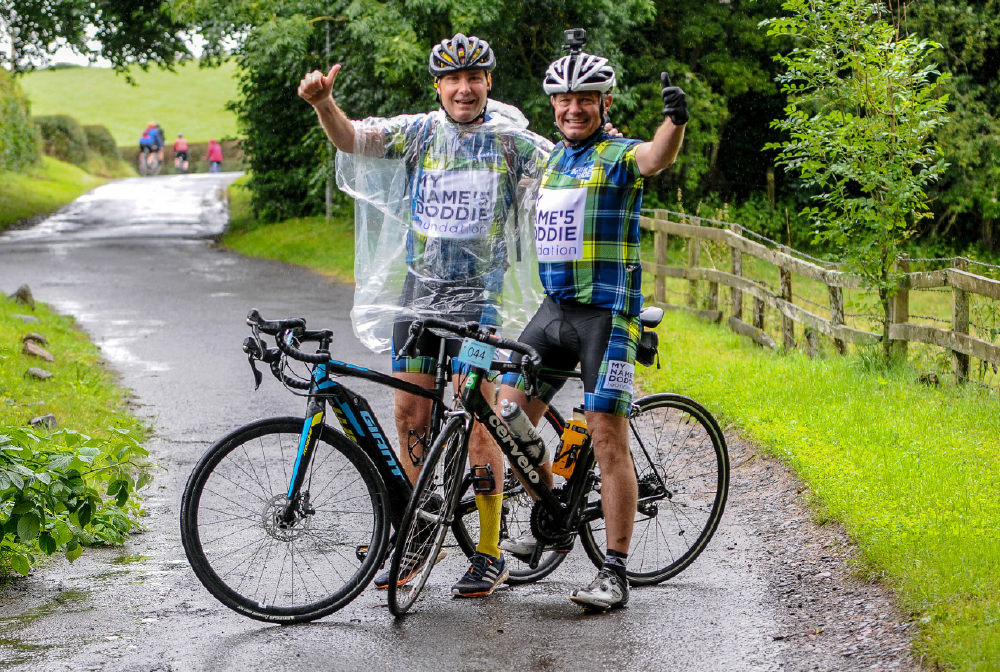 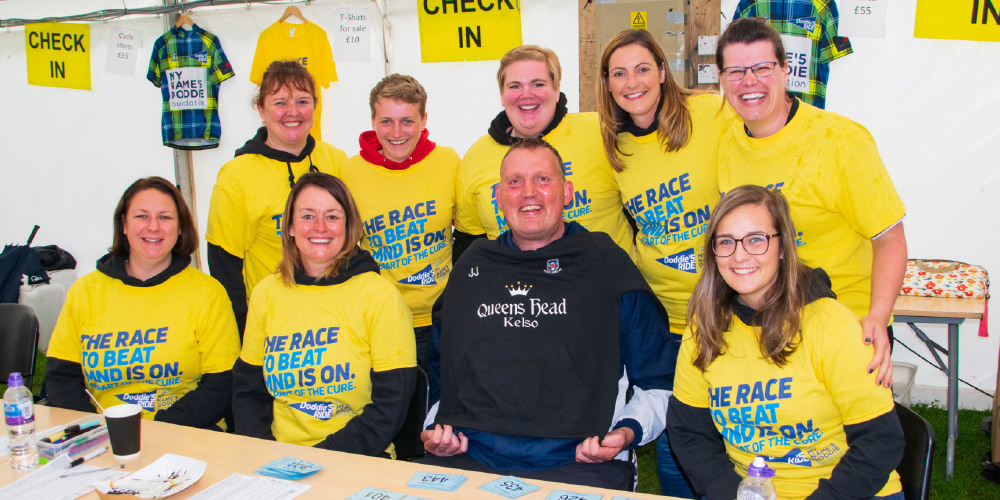 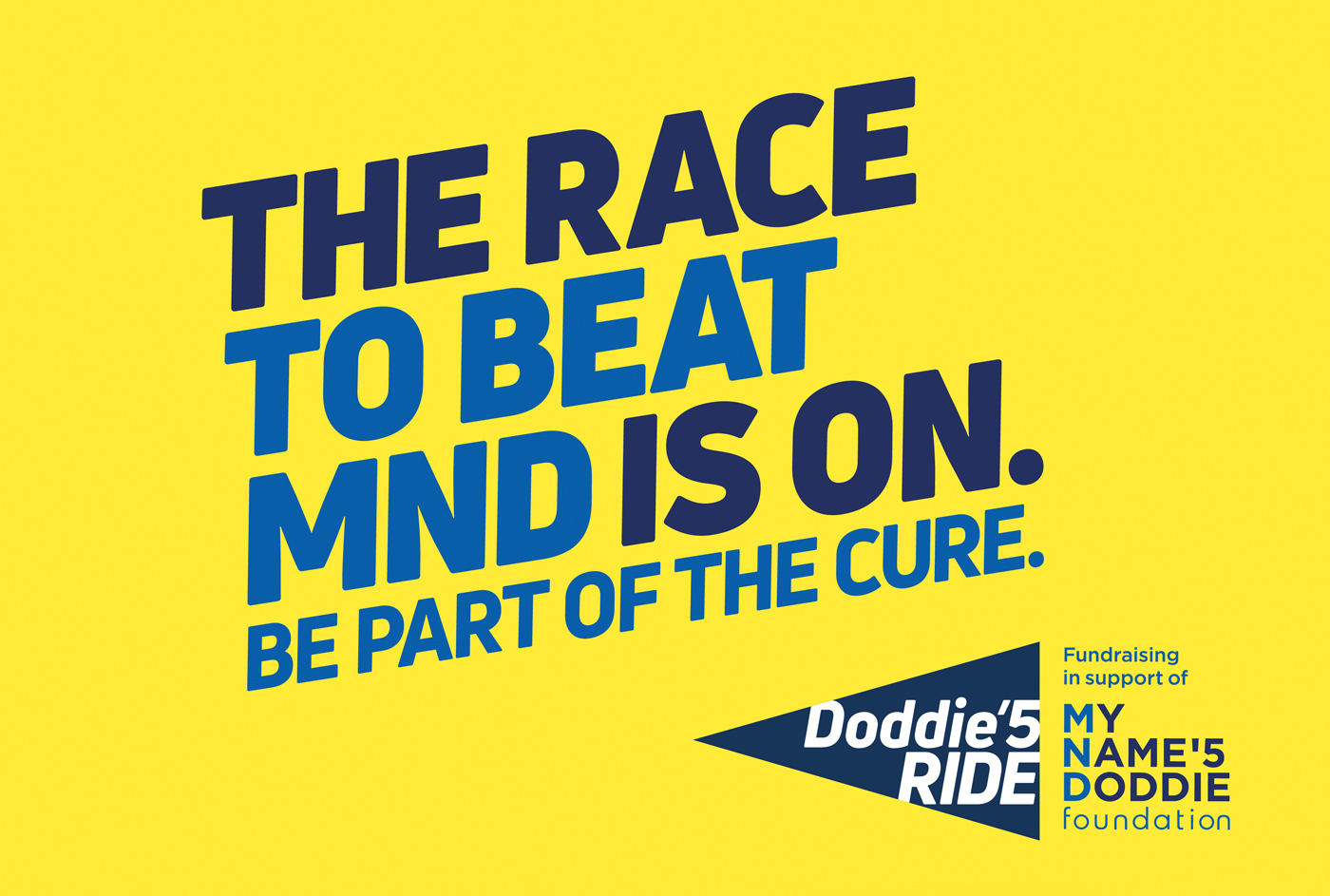 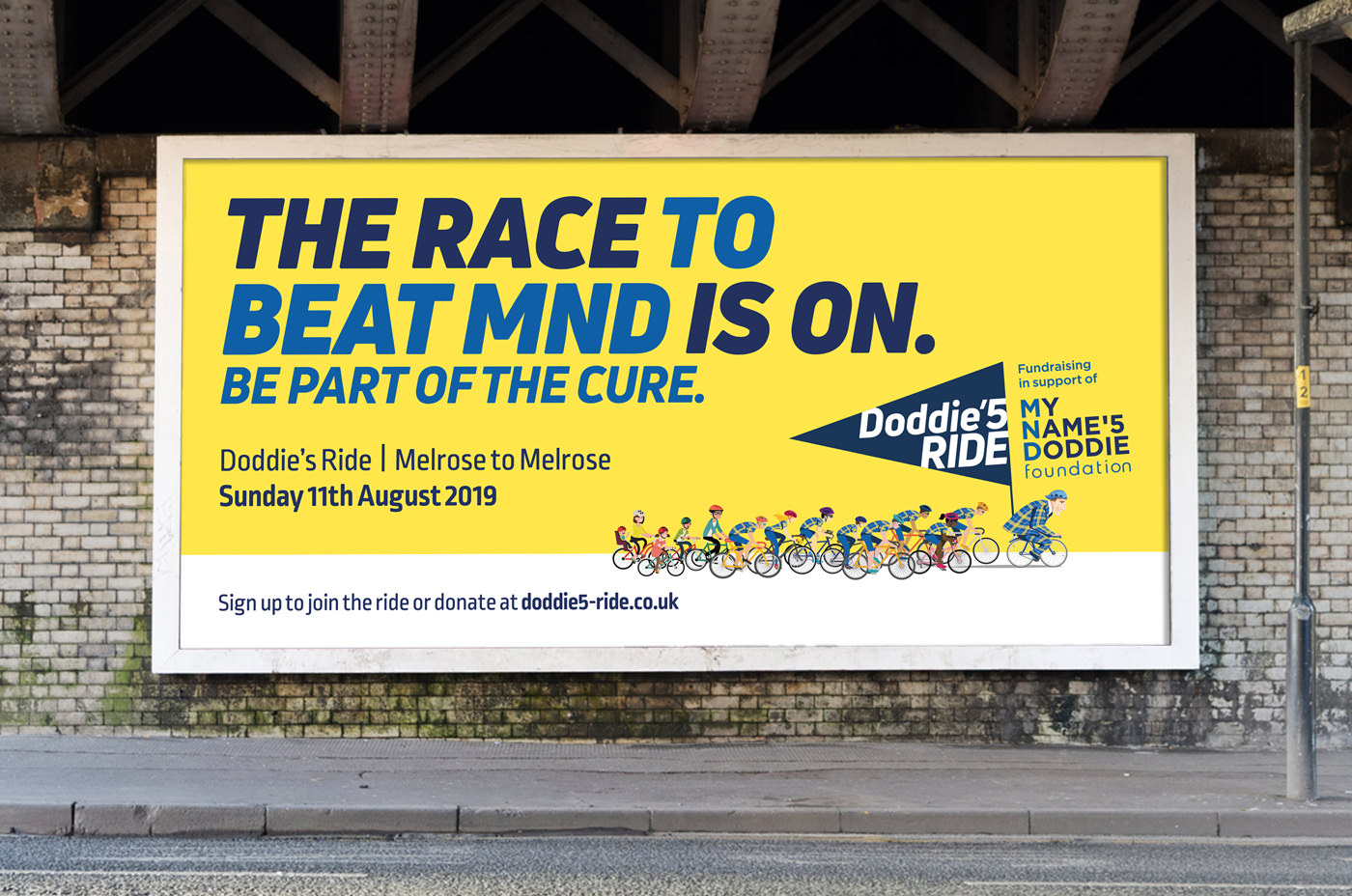 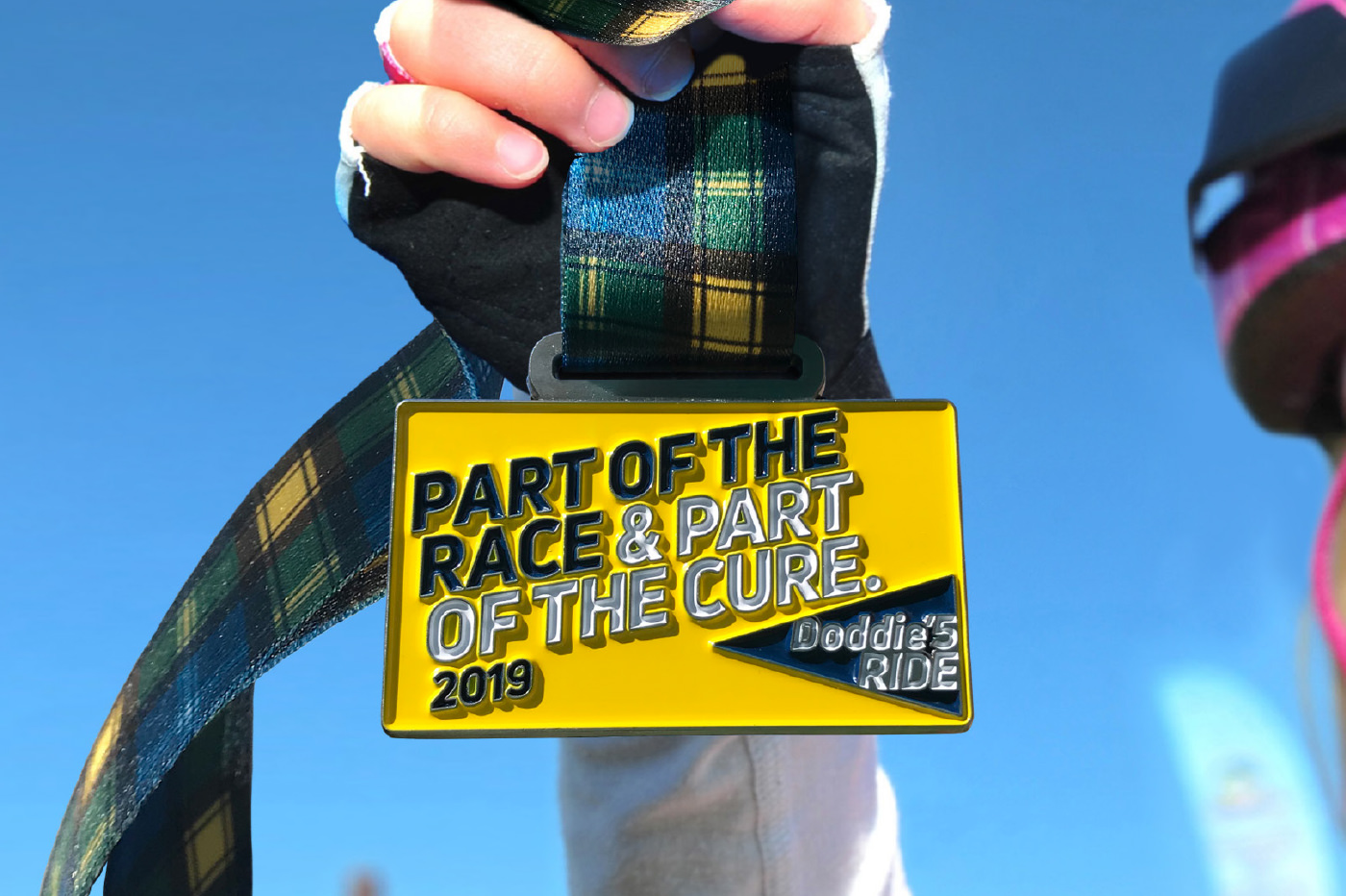 Interested in working together?
I would love to hear from you.
Please drop me a line at
catriona@ctdstudio.co.uk

Interested in working together?
I would love to hear from you.
Please drop me a line at
catriona@ctdstudio.co.uk